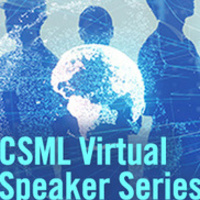 The California School of Management and Leadership (CSML) at Alliant International University invites you to join our CSML Speaker Series.

We imagine traditional leaders as people in charge, executing pathways and directing groups to new visions. However, as our institutions shift from predictable and mechanistic infrastructures to far more complex and emergent networks of interdependence, it is also inviting an evolution of our leadership models. We call it Laddership. From a plan-and-execute model to a search-and-amplify model, this shift invites us to consider multiple forms of wealth beyond money, pay attention to the edges in place of the center, and shift from transactional to relational frameworks. In this session, Nipun Mehta will share insights from his laddership journey of starting a weekend project with 4 volunteers, almost 20 years ago, that has now turned into a thriving movement.

Nipun Mehta is the founder of ServiceSpace.org, an incubator of projects that support a gift culture. In his mid-twenties, Nipun quit his job to become a "full time volunteer" and over the last 15 years, his work has reached millions, attracted more than 500 thousand members, and mushroomed into numerous projects like DailyGood, Awakin Circles, and Karma Kitchen. Among his many prestigious accolades, President Obama appointed him on a council for social change, Dalai Lama recognized him as an “Unsung Hero of Compassion”, and Germany’s OOOM magazine named him Top 100 Most Inspiring People of 2018. Tirelessly, he has addressed thousands of gatherings around the world, speaking next to wide-ranging leaders from Apple co-founder Steve Wozniak to author Elizabeth Gilbert to civil rights legend John Lewis. One of his most formative experiences was a walking pilgrimage across India, with his wife of six months, whose profound lessons also became the subject of his widely-read address at UPenn commencement. Nipun's mission statement in life reads: "Bring smiles in the world and stillness in my heart."

You're not going yet!

Need help with the events platform? Submit a ticket

If you have Alliant.edu email login credentials, please login with your Alliant.edu account.

If you do not have Alliant.edu email credentials, please login using one of the social options below to interact with events, personalize your calendar, and get recommendations.

If you do not have Alliant.edu email credentials nor a social login, please login with your email address below.